Discover the most important fiesta of the island.

The carnival in Las Palmas de Gran Canaria is an event which is celebrated between February and March in all municipalities of the island. For this occasion the habitants of the island dress up in elaborate costumes and participate in different activities for various days.

Las Palmas de Gran Canaria and Maspalomas are the two most significant cities. The first one runs for over a month (end of January till end of February) and ends with the “burial of the sardine”, as the habitants call it. In Maspalomas the carnival takes place in March and the parade is the most important event.

But what is the origin of this happening?

History of the carnival in Gran Canaria

The first references to the carnival date back to the 16th century, when Las Palmas de Gran Canaria, as a port city, organized its own masquerades at sumptuous dinners. These masquerades and costumes dances were celebrated in honour of a wedding feast or a gala announcing a family wedding.

Its pagan origins were quietly maintained until the 19th century, when the first socio-cultural institutions began to organize events that reflected the character of the festivities of the past. This century also saw the introduction of processions, a feature that is indispensable till today and nobody can imagine a carnival without it.

With the Frankish dictatorship, carnival was again outlawed and branded as a winter festival. Only organizations such as the Club Náutico and Club Victoria (both sports clubs with marinas) held it.

At the end of the 1970s, the 40-year ban on carnival came to an end and the reintroduction was authorized. This fact meant the development and extension of the festival to the other municipalities. The change would bring about the spread and the extent of the fame that these celebrations have today all over the island thanks to different institutions and organizations.

When is carnival in Las Palmas de Gran Canaria?

We talk here about all the carnival celebrations that will take place on the whole island. Las Palmas de Gran Canaria and Maspalomas are the two most famous ones because of their dimension and the different events they offer.

Which are the most famous gala events?

Throughout the entire carnival there are 3 galas nobody wants to miss as they are very important and everybody wants them, so they are even transmitted on different television broadcasts.

The Drag Queen gala is a gala where the costume design and the incredibly high heels are mixed with the art and choreography of the artists who deliver an unforgettable show and which is known all over the world because of the difficulty of the performances. The winner will be determined by voting. 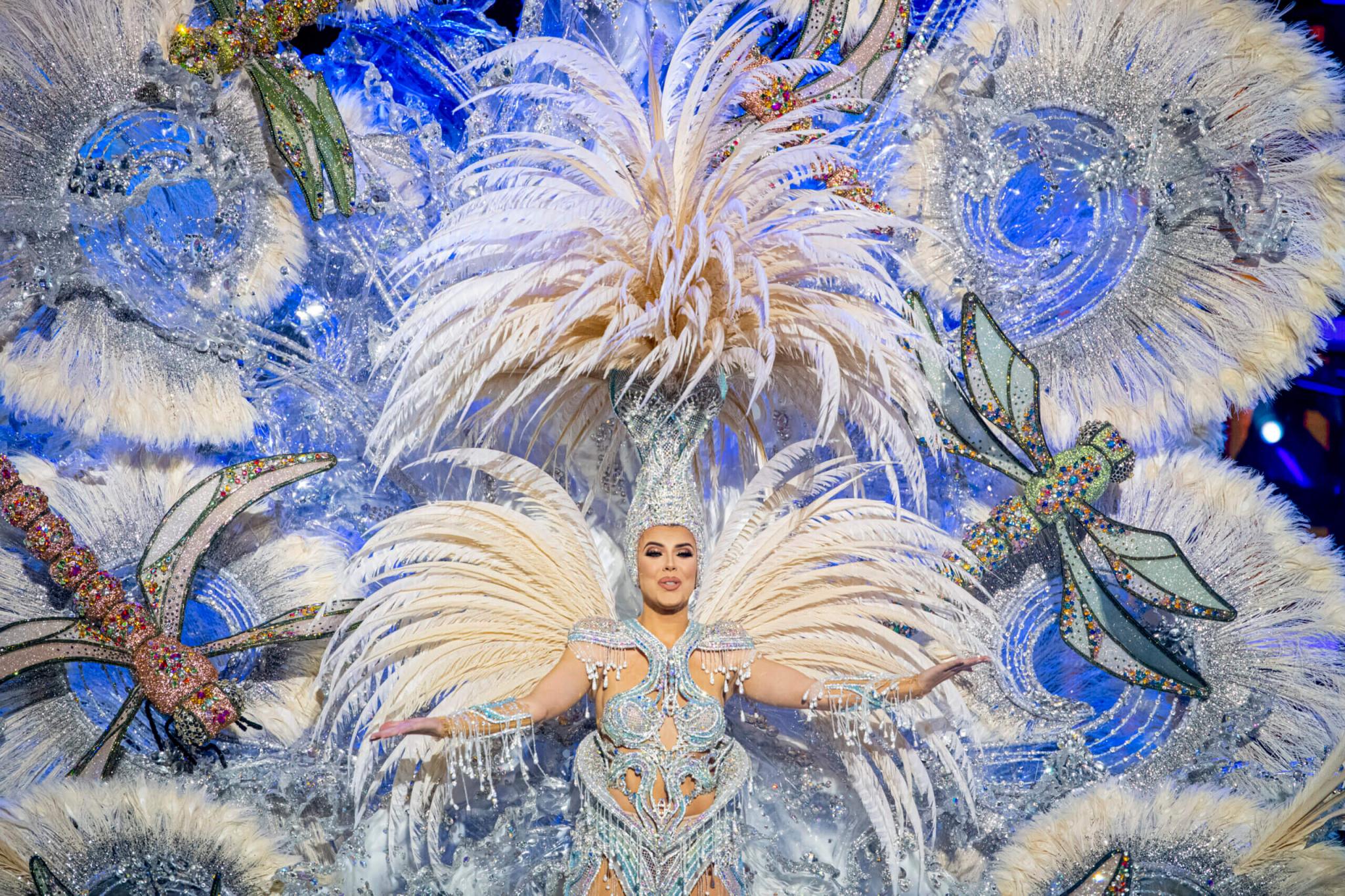 The Gran Cabalgata del Carnaval de Las Palmas means with colour, joy, costumes, floats, murgas, comparsas... And all to the rhythm of batucada and salsa. It’s a unique event because it transforms the streets of the capital into a big party.

The burial of the sardine

The burial of the sardine is an expression of sadness that the carnival is coming to an end. The skeleton of a paper sardine is burnt and a funeral procession is celebrated. The habitants are sad that the festival of happiness and cheerfulness has come to an end.

Following the step taken years ago on the island of La Palma, the Carnival of Las Palmas also celebrates the Fiesta de los Indianos, a celebration inspired by the Canary Islanders who emigrated to Cuba, which dyes the streets of the old town with talcum powder thrown by the thousands and thousands of people dressed in white who come every year.

Programme of the Carnival of Las Palmas de Gran Canaria 2022

The start date for the Las Palmas de Gran Canaria Carnival 2022 is from 25 February to 20 March. This new edition will be dedicated to the Earth and will feature the following events:

As you’ll have seen in this article, the Carnival of Las Palmas de Gran Canaria is a unique event of vital importance for the islanders. Are you ready to enjoy a few days of guaranteed fun?