The Canary Islands, land of legends

Discover the most surprising mysteries of the Canaries.

Since time immemorial, the Canary archipelago has been a meeting point for different cultures, which have left behind a multitude of myths and mysteries. That is why, in this article, we will get to know some of the numerous legends of the Canary Islands, the result of the prodigious legacy of the ancient aborigines.

3 myths, mysteries and legends of the Canary Islands that you didn't know about

Mystery and fantasy blend with reality to create fantastic stories, which the islanders feel as their own and which are passed down from generation to generation.

1. The love of Gara and Jonay 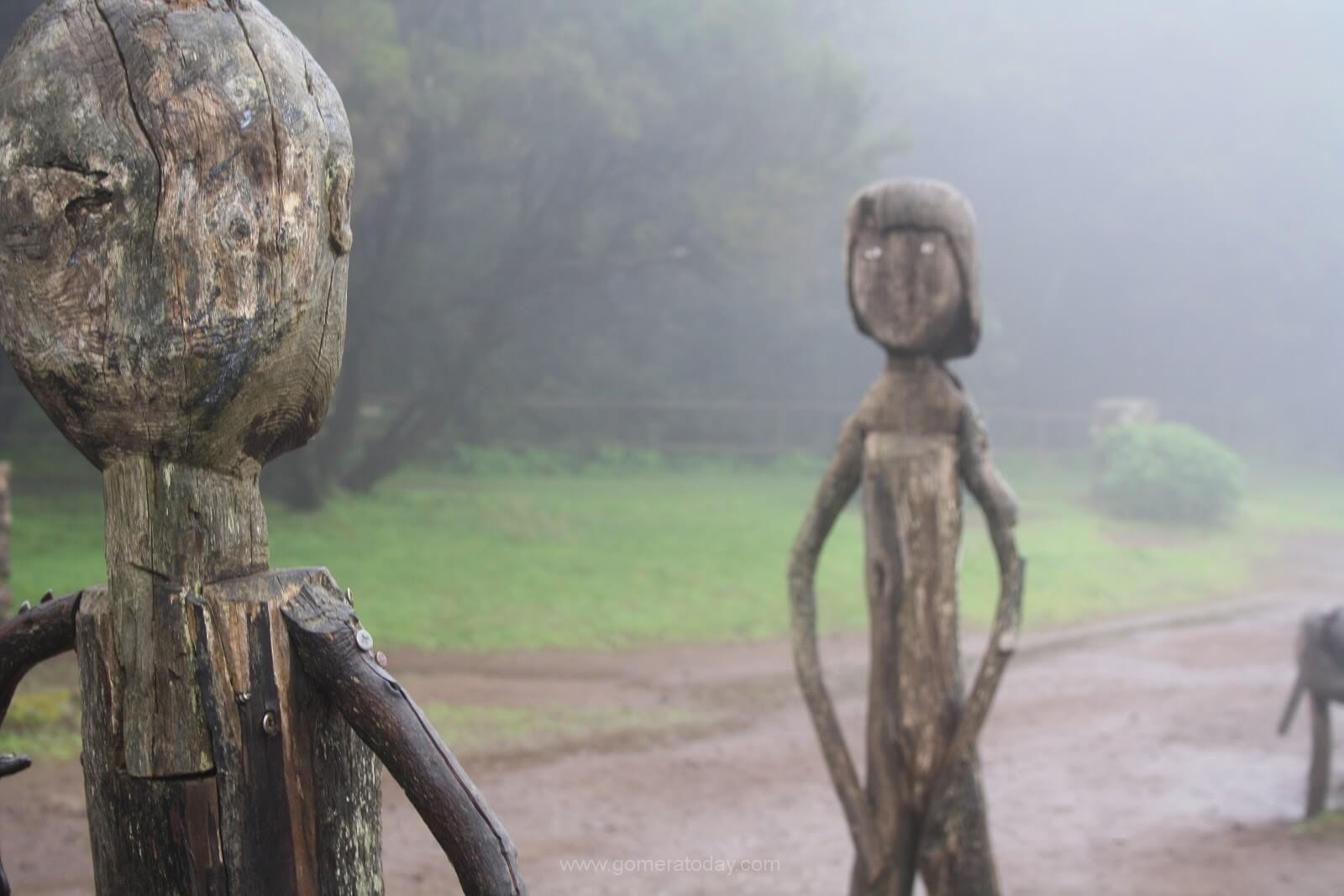 Legend has it that on La Gomera lived a beautiful princess called Gara. On this island there were jets that could predict whether someone would find true love: if the water remained calm, it was a sign that they would, but if the water became cloudy, it was a sign of falling out of love.

When she visited them, the water was calm and serene, but then it began to cloud over and a blazing sun appeared. Disgruntled, she asked the local sage, who mysteriously replied: "What will happen, will happen. Flee from the fire, Gara, or it will consume you".

That day Jonay arrived at the island, a handsome young Guanche son of a mencey from the neighbouring island of Tenerife, who together with his father and other nobles paid a visit to the local nobility. When Gara and Jonay's eyes met, they fell madly in love at that very moment.

This is what they told their parents and, when they were about to make their engagement public, they saw the eruption of Mount Teide in the distance, which began to spew lava and fire from the crater. The fury of the volcano was so great that the long flaming tongues of the peak could be seen from La Gomera.

But Gara came from the Land of Water and Jonay from the Land of Fire. Their love was impossible. Their parents forbade them to see each other again, but back in Tenerife, Jonay could not forget Gara and swam all night back to La Gomera in search of his sweetheart.

After arriving in La Gomera and finding their beloved, they climbed to the top of the island while being chased. There, seeing themselves cornered, they took a sharp stick at both ends and, placing it on their chests, they embraced each other and died through and through. Today, the area is part of the Garajonay National Park.

2. The Devil of Timanfaya

Legend has it that in 1730, in the village of Timanfaya in Lanzarote, a wedding was being celebrated between the son of one of the richest people on the island and a young woman whose family cultivated healing plants.

In the middle of the celebration there was a strong volcanic explosion that moved the earth and began to rain rocks and lava that swept away everything in its path. Guests and villagers sought shelter, but misfortune befell the young couple.

Unfortunately, a large rock crushed the bride, leaving her buried. The groom, witnessing the scene, took a five-pronged forge to try to move the huge stone and save her. But when he finally succeeded, he saw that his beloved was dead.

In despair and desolation, he picked up his wife's body without letting go of the forge and began to run through the valley in search of shelter, which, obviously, he could not find.

Despite the smoke and ashes, witnesses could see the moonlit young man, who lifted the forge with his arms and the locals sighed in sadness "poor devil". Afterwards, his image faded into the burning ground of Lanzarote.

Back in the 15th century, Pedro Fernández de Saavedra, lord of Fuerteventura, had an affair with Laurinaga, a young aboriginal woman whom he seduced. However, he ended up marrying another woman "of good birth", with whom he had several children.

One day, one of them tried to rape an aboriginal woman. Faced with this terrible scene, a local farmer tried to save the young woman. However, Don Pedro, who happened to be nearby, got involved in the brawl and ended up killing the farmer.

But soon after, the mother of the murdered boy appeared and revealed to the lord of the island that it was Laurinaga and that the deceased was her son. At that moment, the old woman put a curse on Fuerteventura, which from then on became a desert.

At Dunas Hotels we carry the "Canarian" flag, and we try to show our pride of being Canarian every day with some activities that we carry out in the different hotels we have in Gran Canaria.

On the occasion of the Canary Islands Day on the 30th of May, we want to join in this celebration and spend this special day with all of you and tell you as much as we can about our island, archipelago, history and our Canarian legends.

It is a day of celebration with the family, so our hotels organize some activities to enjoy this day together. If you are going to be with us this day, don't hesitate to celebrate Canary Islands Day at Dunas Hotels!